Statistical inference is the procedure by which we reach a conclusion about a population on the basis of the information contained in a sample drawn from that population. It consists of two techniques:

The process of estimation entails calculating, from the data of a sample, some statistic that is offered as an approximation of the corresponding parameter of the population from which the sample was drawn.

Parameter estimation is used to estimate a single parameter, like a mean.

There are two types of estimates

A point estimate is a single numerical value used to estimate the corresponding population parameter.

An interval estimate consists of two numerical values defining a range of values that, with a specified degree of confidence, most likely includes the parameter being estimated.

Interval estimates provide a range of values for a parameter value, within which we have a stated degree of confidence that the parameter lies. A numeric range, based on a statistic and its sampling distribution that contains the population parameter of interest with a specified probability.

A confidence interval gives an estimated range of values which is likely to include an unknown population parameter, the estimated range being calculated from a given set of sample data

Example: A random sample of size 64 with mean 25 & Standard Deviation 4 is taken from a normal population. Construct 95 % confidence interval

We use following formula to solve Confidence Interval when n ≥ 30

Example: A random sample of size 9 with mean 25 & Standard Deviation 4 is taken from a normal population. Construct 95 % confidence interval

We use following formula to solve Confidence Interval when n < 30

A hypothesis may be defined simply as a statement about one or more populations. It is frequently concerned with the parameters of the populations about which the statement is made.

Researchers are concerned with two types of hypotheses

The research hypothesis is the conjecture or supposition that motivates the research. It may be the result of years of observation on the part of the researcher.

Statistical hypotheses are hypotheses that are stated in such a way that they may be evaluated by appropriate statistical techniques.

There are two statistical hypotheses involved in hypothesis testing, and these should be stated explicitly.

In the context of testing of hypotheses, there are basically two types of errors:

In the tabular form two errors can be presented as follows: 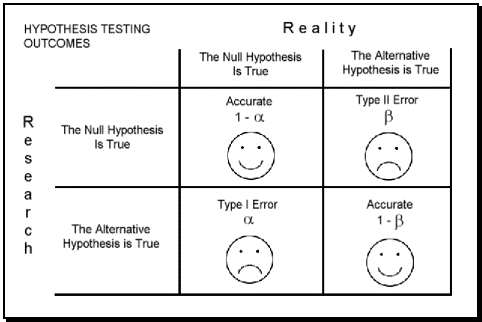 What are the differences between Type 1 errors and Type 2 errors?

Statistical power is defined as the probability of rejecting the null hypothesis while the alternative hypothesis is true.

That is, the power of a hypothesis test is the probability that it will reject when it’s supposed to.

Factors that affect statistical power include

In research, statistical power is generally calculated for two purposes.

The purpose of hypothesis testing is to aid the clinician, researcher, or administrator in reaching a conclusion concerning a population by examining a sample from that population.

The significance level is the probability of making a Type I error. A Type I Error is a decision in favor of the alternative hypothesis when, in fact, the null hypothesis is true.

Step # 03: State the test statistic that will be used to conduct the hypothesis test

If the decision is to reject, the statement of the conclusion should read as follows: “we reject at the _______ level of significance. There is sufficient evidence to conclude that (statement of alternative hypothesis.)”

If the decision is to fail to reject, the statement of the conclusion should read as follows: “we fail to reject at the _______ level of significance. There is no sufficient evidence to conclude that (statement of alternative hypothesis.)”

When hypotheses are stated, an indication of equality (either = ,≤ or ≥ ) must appear in the null hypothesis.

We want to answer the question: Can we conclude that a certain population mean is not 50? The null hypothesis is

And the alternative is

If we want to know if we can conclude that the population mean is less than 50, the hypotheses are

T-test is used to test hypotheses about μ when the population standard deviation is unknown and Sample size can be small (n<30).

The distribution is symmetrical, bell-shaped, and similar to the normal but more spread out.

Example: A random sample of size 16 with mean 25 and Standard Deviation 5 is taken from a normal population Test at 5% LOS that; : µ= 22 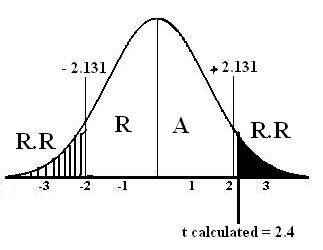 Step # 06: Conclusion: Since t calculated = 2.4 falls in the region of rejection therefore we reject at the 5% level of significance. There is sufficient evidence to conclude that Population mean is not equal to 22.

Example: A random sample of size 49 with mean 32 is taken from a normal population whose standard deviation is 4. Test at 5% LOS that : µ= 25 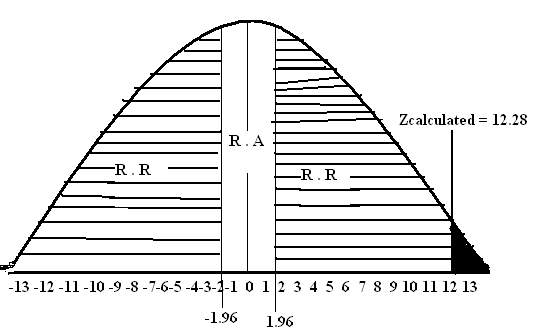 Step # 06: Conclusion: Since Zcalculated = 12.28 falls in the region of rejection therefore we reject at the 5% level of significance. There is sufficient evidence to conclude that Population mean is not equal to 25.

A statistic which measures the discrepancy (difference) between KObserved Frequencies fo1, fo2… fok and the corresponding ExpectedFrequencies fe1, fe2……. fek

The chi-square is useful in making statistical inferences about categorical data in whichthe categories are two and above.

A searcher conduct a test after 5 years to check this data for changes and select 500 doctors and asked their speciality. The result were: 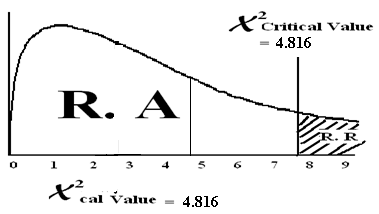 Conclusion: Since χ2cal value lies in the region of acceptance therefore we accept the HO and reject HA. There is no difference in specialty distribution among U.S. doctors.

Step # 01: HO: There is no association b/w Antigen and Blood Group

HA: There is some association b/w Antigen and Blood Group 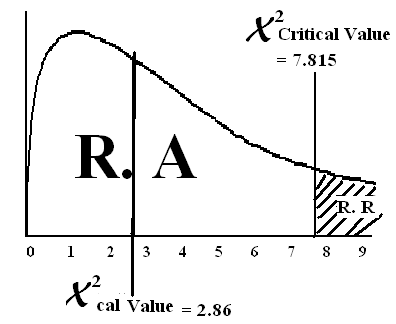 Conclusion: Since X2cal value lies in the region of acceptance therefore we accept the HO andreject HA. Means There is no association b/w Antigen and Blood Group

WHAT IS TEST OF SIGNIFICANCE? WHY IT IS NECESSARY? MENTION NAMES OF IMPORTANT TESTS.

A procedure used to establish the validity of a claim by determining whether or not the test statistic falls in the critical region. If it does, the results are referred to as significant. This test is sometimes called the hypothesis test.

The methods of inference used to support or reject claims based on sample data are known as tests of significance.

Why it is necessary

A significance test is performed;

Types of test of significance

Simply the p value for a test may be defined also as the smallest value of α for which the null hypothesis can be rejected.

The decision about whether there is enough evidence to reject the null hypothesis can be made by comparing the p-values to the value of α, the level of significance of the test.

A general rule worth remembering is:

An observational study is a scientific investigation in which neither the subjects under study nor any of the variables of interest are manipulated in any way.

A retrospective study is the reverse of a prospective study. The samples are selected from those falling into the categories of the outcome variable. The investigator then looks back (that is, takes a retrospective look) at the subjects and determines which ones have (or had) and which ones do not have (or did not have) the risk factor.

We represent the relative risk from a prospective study symbolically as

We may construct a confidence interval for RR

In a prospective study of pregnant women, Magann et al. (A-16) collected extensive information on exercise level of low-risk pregnant working women. A group of 217 women did no voluntary or mandatory exercise during the pregnancy, while a group of

238 women exercised extensively. One outcome variable of interest was experiencing preterm labor. The results are summarized in Table

These data indicate that the risk of experiencing preterm labor when a woman exercises heavily is 1.1 times as great as it is among women who do not exercise at all.

We compute the 95 percent confidence interval for RR as follows.

The lower and upper confidence limits are, respectively

Since the interval includes 1, we conclude, at the .05 level of significance, that the population risk may be 1. In other words, we conclude that, in the population, there may not be an increased risk of experiencing preterm labor when a pregnant woman exercises extensively.

An odds ratio (OR) is a measure of association between an exposure and an outcome. The OR represents the odds that an outcome will occur given a particular exposure, compared to the odds of the outcome occurring in the absence of that exposure.

It is the appropriate measure for comparing cases and controls in a retrospective study.

The estimate of the population odds ratio is

We may construct a confidence interval for OR by the following method:

Interpretation of the Odds Ratio: 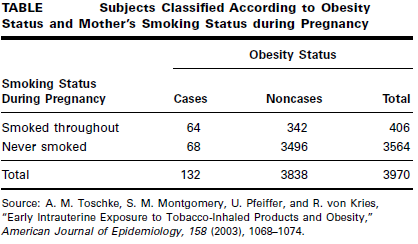 We see that obese children (cases) are 9.62 times as likely as nonobese children (noncases) to have had a mother who smoked throughout the pregnancy.

We compute the 95 percent confidence interval for OR as follows.

The lower and upper confidence limits for the population OR, respectively, are

7.12 And 13.00. Because the interval does not include 1, we conclude that, in the population, obese children (cases) are more likely than nonobese children (noncases) to have had a mother who smoked throughout the pregnancy.