The term homeostasis is used by physiologists to mean maintenance of nearly constant conditions in the internal environment. Essentially all organs and tissues of the body perform functions that help maintain these relatively constant conditions. For instance, the lungs provide oxygen to the extracellular fluid to replenish the oxygen used by the cells, the kidneys maintain constant ion concentrations, and the gastrointestinal system provides nutrients.

The term homeostasis comes from the Ancient Greek ὅμοιος (hómoios (homeo), meaning “similar”), from στημι (hístēmi (stasis), “standing still”) and stasis, from στάσις (stásis, meaning “standing”). The concept of homeostasis was first described in 1865 by Claude Bernard, a French physiologist. However, the term was coined later in 1962 by the American physiologist Walter Bradford Cannon. 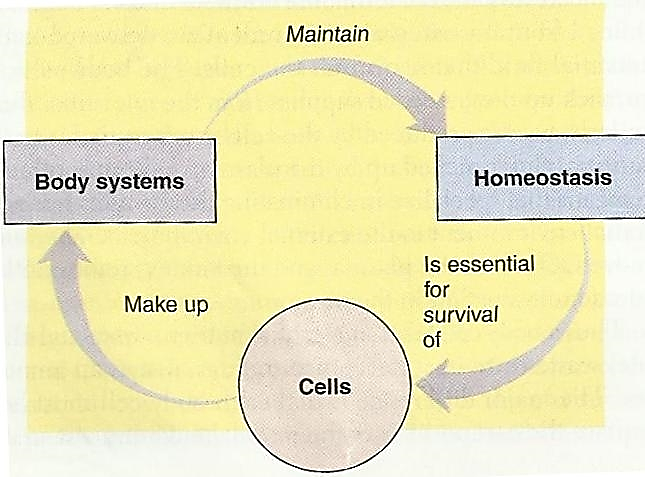 Contribution of body systems to Homeostasis

It is a functionally interconnected network of body components that operate to maintain a given physical or chemical factor in the internal environment relatively constant around an optimal level.

Change in a homeostatically control factor triggers a response that seeks to restore the factor to normal by moving the factor in the opposite direction of its initial change or it is a pathway where the response opposes or removes the signal.

If the results suppress or stops the original signal, then it is said to be negative feedback mechanism.

Most of the mechanisms of the body belongs to this category 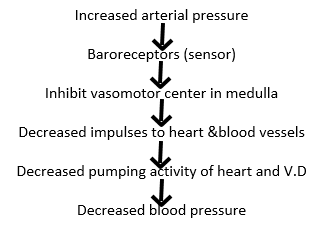 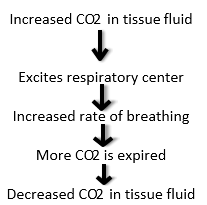 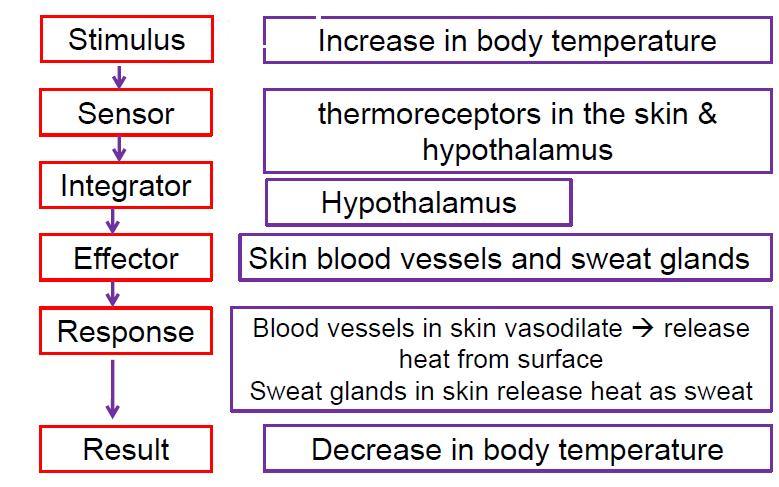 Childbirth at full term is an example of a situation in which the maintenance of the existing body state is not desired. Enormous changes in the mother’s body are required to expel the baby at the end of pregnancy. And the events of childbirth, once begun, must progress rapidly to a conclusion or the life of the mother and the baby are at risk. The extreme muscular work of labor and delivery are the result of a positive feedback system. 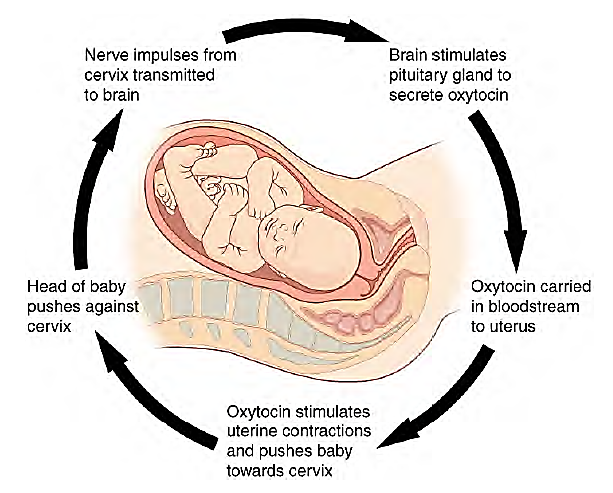 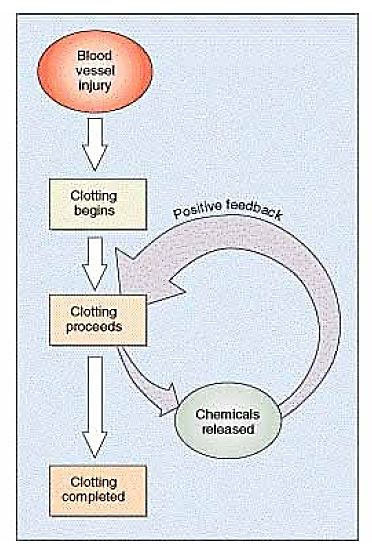 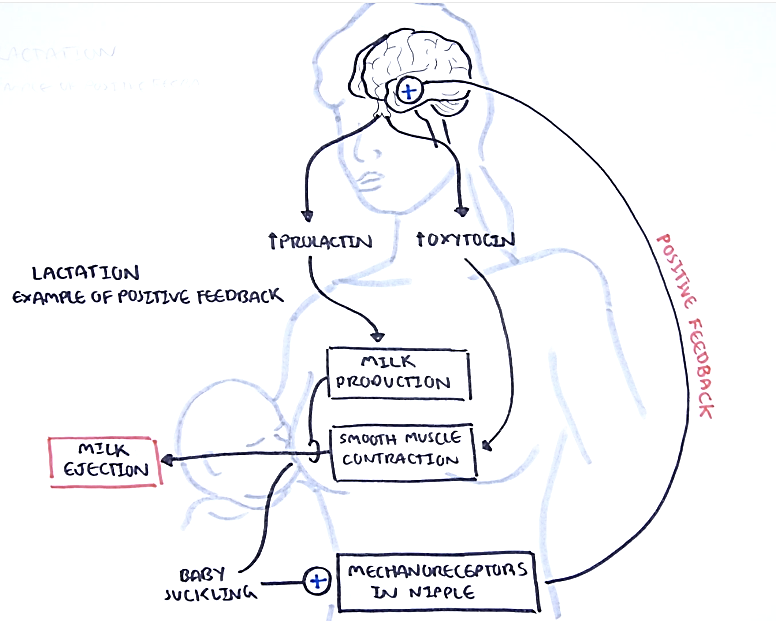 It brings about a compensatory response in anticipation of a change in a regulated variable.

In this mechanism our body gives response prior to signals sent by brain.