Skip to primary content
This term is used commonly to mean scatter, Deviation, Fluctuation, Spread or variability of data. The degree to which the individual values of the variate scatter away from the average or the central value, is called a dispersion. Types of Measures of Dispersions:

Absolute Measures Relative Measure The Range: 1.      The range is the simplest measure of dispersion.  It is defined as the difference between the largest value and the smallest value in the data:

2. For grouped data, the range is defined as the difference between the upper class boundary (UCB) of the highest class and the lower class boundary (LCB) of the lowest class. MERITS OF RANGE:- DEMERITS OF RANGE:- Quartile Deviation (QD): 1.      It is also known as the Semi-Interquartile Range.  The range is a poor measure of dispersion where extremely large values are present.  The quartile deviation is defined half of the difference between the third and the first quartiles: QD = Q3 – Q1/2 Inter-Quartile Range The difference between third and first quartiles is called the ‘Inter-Quartile Range’. IQR = Q3 – Q1 Mean Deviation (MD): 1.      The MD is defined as the average of the deviations of the values from an average:

It is also known as Mean Absolute Deviation. 2.      MD from median is expressed as follows: 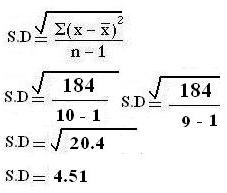 ————— For population data Coefficient of Dispersion (CD): If Xm and Xn are respectively the maximum and the minimum values in a set of data, then the coefficient of dispersion is defined as:

Coefficient of Quartile Deviation (CQD): 1.      If Q1 and Q3 are given for a set of data, then (Q1 + Q3)/2 is a measure of central tendency or average of data.  Then the measure of relative dispersion for quartile deviation is expressed as follows: 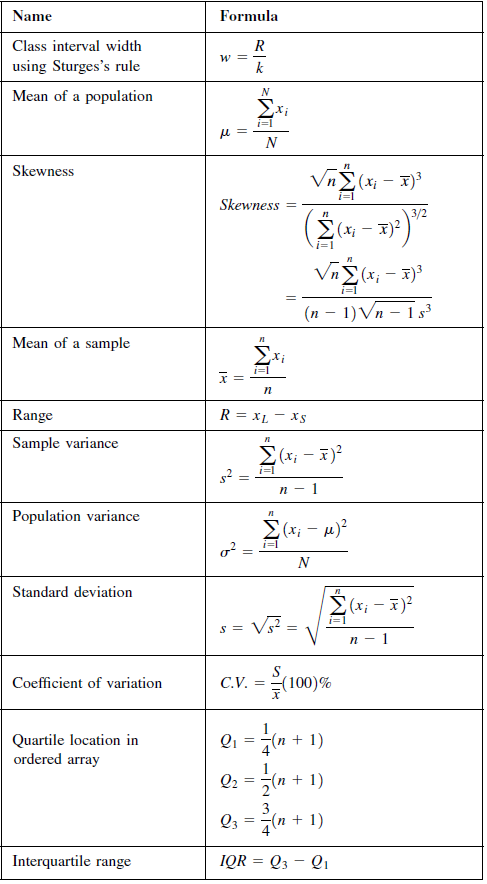 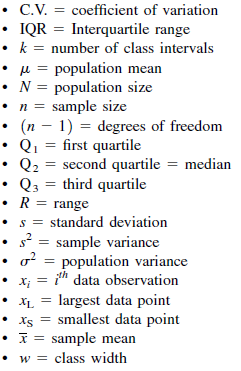